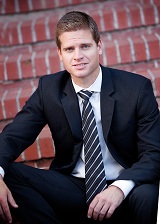 Christopher has represented a wide variety of clients in personal injury matters.

An Appellate Court has just issued a monumental opinion extending the scope of the California Supreme Court’s landmark decision in Howell v. Hamilton Meats & Provisions, Inc. (2011) 52 Cal.4th 541. In Howell, the Supreme Court held that where a plaintiff’s medical care provider accepts less than the amount billed for a service as full payment of that service, evidence of the amount billed is irrelevant and inadmissible on the issue of past medical expenses. The Howell Court declined to decide whether such evidence is admissible for some other purpose, such as to prove the reasonable cost of future medical care or to prove general pain and suffering damages. On April 30, 2013, the Court of Appeal, Second Appellate District resoundingly decided these remaining issues in favor of defendants when it decided Corenbaum v. Lampkin.

Corenbaum took particular note of the Howell Court’s determination that the full amount billed by medical providers is not an accurate measure of the reasonable value of those medical services. Howell noted the disparity between the amounts charged by medical providers and the actual costs of providing those services, the tremendous variation in pricing for the same service between different hospitals throughout the state, and the disparity between amounts charged to insured versus uninsured patients for the same service. Based on these findings, Howell ultimately determined that “a medical care provider’s billed price for particular services is not necessarily representative of either the cost of providing those services or their market value.” Howell (2011) 52 Cal.4th at 564. Bolstered by these conclusions, Corenbaum held that:

Corenbaum strikes a significant blow to plaintiffs and resolves some major evidentiary issues which had been subject to constant debate following the Supreme Court’s Howell decision. Defense attorneys have argued repeatedly for the exact holdings of Corenbaum ever since Howell was decided, usually via motions in limine. Plaintiffs’ attorneys had argued that the bills were admissible subject only to a post-verdict reduction of any award for past medical specials beyond the amount actually paid.

While Corenbaum settles the dust for the time being, it is all but certain that this decision will be appealed to the California Supreme Court. Corenbaum appears to have accurately followed Howell‘s logic and the Supreme Court should therefore refuse to hear the appeal. If review is granted, however, it should not be interpreted as spelling trouble for the Corenbaumor Howell decisions. Howell was decided less than two years ago and it is highly unlikely that the Supreme Court will change its position any time soon.