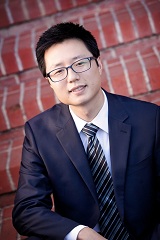 Jeffrey is a member of Snyder Law’s General Litigation Group.

The Second District Court of Appeal recently considered another case in which the plaintiff sought to introduce unpaid medical bills as evidence of medical damages. The Court’s Opinion, found at Ochoa v. Dorado (2014) 228 Cal.App.4th 120, continues the evolution of Howell toward eliminating the relevance of unpaid medical bills entirely.

In 2011, the Supreme Court of California laid to rest a long-standing debate over the recovery of plaintiffs’ past medical expenses. In a sweeping decision, the Howell court decided that plaintiffs may only recover the lesser of (1) the amount actually paid or incurred for past medical services and (2) the reasonable value of such services. Practically speaking, this meant that plaintiffs could not recover more than the amount that plaintiffs’ medical providers accepted as full and final payment for services rendered, regardless of the total amount originally billed.

The decision sparked a new debate over the admissibility of plaintiff’s unpaid medical bills. Defense attorneys hoped to exclude all evidence of the total amount of unpaid medical bills. Plaintiffs’ counsel argued that the total amount billed provided at least some evidence of the reasonable value of future or general damages, even if the provider ultimately accepted a lesser amount as compensation for those past damages. In 2013, the Court of Appeal in Corenbaum rejected this contention and decided that evidence of the full amount billed could not be used to determine the reasonable value of future medical services or even general damages. Furthermore, consistent with Howell, the unpaid medical bills remained irrelevant to an analysis of the reasonable cost of past medical services, at least in situations where a lesser amount was ultimately accepted as full and final payment for those services.

The key phrase at play is “the reasonable value of services provided.” The policy is a simple one in that plaintiffs should only recover the reasonable value of the services provided to them, and in light of the highly tenuous relationship between unpaid medical bills and the actual market costs of the services they represent, unpaid medical bills should play no role in that evaluation.

Up until 2013, plaintiffs sometimes used hospital liens to work around the Howell/Corenbaumdecisions. Instead of paying a discounted rate for medical services provided, plaintiffs let medical bills go unpaid so that medical providers would assert a lien for the full amount. Plaintiffs then used the full amount of the unpaid medical bill as evidence at trial. The State Farm decision struck down this tactic, concluding that the Hospital Lien Act did not allow a medical provider to assert a lien beyond the “reasonable and necessary” charges for the services provided. This correction echoes the Howell/Corenbaum reasoning, and again forced plaintiffs to consider “the reasonable value of services provided” instead of the often inflated full amount charged for medical services.

The final question remaining in the Howell line of cases, and the one addressed by Ochoawas this: Can the full amount of an unpaid medical bill be used as a measuring stick for any assessment of damages? The answer is an emphatic No:

Whereas the Howell decision was limited to only those situations where a medical service provider has accepted a lesser amount than the original amount billed as full and final payment, Ochoa extends Howell’s reasoning to apply even in situations where the medical service provider has not accepted a lesser amount than the amount originally billed, even if there is an outstanding lien for that full amount. With Ochoa, the plaintiff’s bar will be hard pressed to introduce the full amount of unpaid medical bills as evidence at a trial in any setting. The decision is in – stick to what’s fair and reasonable when seeking an award for those medical specials, and keep those unpaid medical bills out.