Firm Begins the New Year with an Excellent Jury Verdict 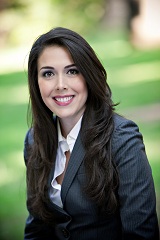 Diana’s work was instrumental in obtaining a favorable verdict.

In a recent jury trial, Diana Lytel and Barry Snydersuccessfully defended an owner operator whose Freightliner tractor slid on gravel through a stop sign into an intersection, causing a collision with plaintiff’s vehicle. Plaintiff, a 30 year old female, ultimately underwent low back surgery and had accrued medical bills exceeding $280,000 at the time of trial. Barry and Diana admitted the negligence of their defendant driver and tried the case to a San Bernardino jury on the issues of causation and damages.

Relying on the testimony of nationally known biomechanical expert Wilson “Toby” Hayes, PhD, and an excellent orthopedic surgeon, they convinced a jury that the forces were insufficient to cause a disc injury and the other injuries claimed by plaintiff. Going into trial, the demand was $650,000 and that same number was proposed to the jury in closing argument by plaintiff counsel. There had been an earlier statutory offer to plaintiff of $25,000 and then a very generous offer of $140,000 in the months before trial.

After two hours of deliberation, the jury returned a verdict of $5000 in medical bills and $2000 in pain and suffering. Because of the earlier statutory offer, the defendant will be entitled to costs and that will result in a net zero dollar verdict to plaintiff and her counsel.