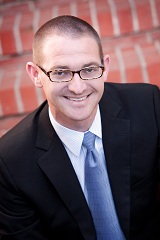 Anyone who has gone skiing, rented a kayak, signed a child up for soccer, or participated in a host of other activities has signed a liability waiver, also referred to as an express assumption of risk agreement. It is common for such an agreement to be hurriedly signed without a thought or even a moment to read the language. However, the fact that liability waivers are common and rarely open for negotiation does not render them moot. Courts have ruled that a waiver is valid to release a party from negligence as long as it is clear, explicit and comprehensible in each of its essential details. Madison v. Superior Court, 203 Cal. App. 3d 589, 597-598 (1993).

California courts have recognized that so long as an express assumption of risk agreement does not violate public policy, such an agreement operates to relieve the released party of a legal duty to the plaintiff with respect to the risks encompassed by the agreement, and, where applicable, to bar completely the plaintiff’s cause of action. Allabach v. Santa Clara County Fair Association, 46 Cal. App. 4th 1007 (1996). California courts have approved of exculpatory agreements for property owners and business operators in conjunction with swimming, river rafting, scuba diving, skydiving, bicycle racing, dirt bike riding, summer camps and even spectating at auto races.

Surprisingly, the agreement need not actually be read or understood by the signatory. In Randas v. YMCA of Metropolitan Los Angeles, 17 Cal. App. 4th 158 (1993), the court held that a waiver of liability written in English was binding against a woman literate only in Greek who signed the document even though she could not read it. The court quoted “Corbin on Contracts” and stated, “The signer should have had the instrument read to him.” Before jumping to the conclusion that all waivers should be English-only, it is important to remember that for many California businesses failing to provide a waiver in Spanish could alienate their customer bases. Even worse, the employees of a business with a waiver only in English could be forced to give customers unofficial and uninformed translations of the document, which would render any signature on the document moot.

Last year, 2nd District Court of Appeal decided Alfaro v. Harbor Auto Liquidators, 2011 WL 5120517, and in an unpublished opinion upheld the validity of a liability waiver in favor of a Los Angeles area self service “pull- a-part” auto parts yard. The court found that a yard employee driving a forklift hit a parked car and injured the plaintiffs who were sandwiched between it and an adjacent vehicle. Before entering the parts yard the two plaintiffs signed a waiver stating both in English and Spanish:

“1. The Customer knowingly assumes any and all risks and liability for injury to ‘Customer’s’ person, or property arising out of or incident to ‘Customer’s’ entry on the premises for the purpose of locating, examining, removal and purchase of used auto parts located thereon.

2. ‘Customer’ understands the removal of parts requires utmost care and any removal of any parts from the vehicles shall be AT THE ‘CUSTOMER’S’ OWN RISK.

3. I, the undersigned ‘Customer’ hereby declare that I have read, fully understand this agreement, and appreciate and agree to all the terms and conditions contained herein.”

Harbor Auto Liquidators won summary judgment on the grounds that the waiver was an absolute defense to plaintiffs’ negligence claim. On appeal, the plaintiffs raised the issue of the Spanish liability waiver, presenting an unsourced translation purporting to show that the Spanish version did not match the English version. They argued that differences between the languages rendered the waiver ambiguous and unclear. Given that the issue of translation had not been raised at the trial court, the justices did not consider the translation and affirmed the summary judgment.

However, of import to future cases, Justice Laurence D. Rubin’s concurring opinion posed the question, “When a form, such as the release here, is in two languages, which one applies if the terminology is different?” Justice Rubin continued, “If the evidence is that the Spanish language and the English language versions have identical meanings, then there is no issue as to which release applies. If evidence reveals a difference in meaning, however, and the difference has legal significance, then a court must decide which of the two versions is effective. Factors might include whether the person reads and understands both languages, the placement of his or her signature on the release, and other circumstances.”

Given the prevalence of liability waivers it is only a matter of time before the scenario envisioned by Justice Rubin is properly presented before the court. The goal of every attorney and business owner should be to proactively draft and use waiver language that will stand up to the critical eyes of Justice Rubin and others. This can be easily accomplished by: (1) Drafting a clear and valid waiver in English. Like the waiver at issue in Alfaro, the waiver need not specifically state that the signatory is releasing the other party from its own negligence, but it is generally a good idea. (2) Translating the waiver into whatever other language with the assistance of a translator who has been certified by the court. (3) Maintaining a declaration from the translator related to his credentials and work on the document. Doing so will assure that the translated waiver is of professional quality and will make it significantly more likely that the court will find that it matches the English version. The business will then be protected from liability, no matter the language of its customers.