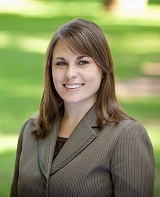 Jessica Farley practices civil litigation with an emphasis in labor and employment law.

The Fraud Exception to the Parol Evidence Rule

As codified in Code of Civil Procedure § 1856 and Civil Code§ 1625, the parol evidence rule provides that evidence of a prior agreement or a contemporaneous oral agreement may not be used to contradict the terms of an integrated written contract. Section 1856(f) creates a broad exception to this rule by allowing parol evidence of circumstances which would render the contract invalid-such as fraud.

In 1935, the California Supreme Court limited the parol evidence rule’s fraud exception in Bank of America National Trust & Savings Association v. Pendergrass, et al. Fearing that the fraud exception would swallow the parol evidence rule, the Court held that evidence of an oral promise that directly contradicted the terms of a written contract was inadmissible to prove fraud. Instead, parol evidence would only be admissible to prove fraud if it “tend[ed] to establish some independent fact or representation, some fraud in the procurement of the instrument or some breach of confidence concerning its use.”

The Riverisland Court overruled Pendergrass for a variety of reasons, not least of which was its concern that the Pendergrass limitation could be used to facilitate fraud. As an example, the Court contemplated promissory fraud, wherein one party entices another into a written contract by making an oral promise it never intends to fulfill; Pendergrass would prohibit the defrauded party from introducing evidence of the “fraudulent” oral promise if the terms of that promise contradict the terms of the written contract. In this way, the Pendergrass decision actually created an incentive for parties to make empty promises and enter into agreements that they never intended to fulfill, protected by their knowledge that Pendergrass would prevent the defrauded party from ever presenting evidence of their fraudulent motive.

The Riverisland Court explained that the Pendergrass rule ignored the fact that “a promise made without any intention of performing it is one of the forms of actual fraud.” Concluding that Pendergrass was an “aberration” from the language of the statute and settled case law, the Supreme Court overruled it.

The Future of the Fraud Exception

As parties are now permitted to use parol evidence to prove fraud without limitation, the landscape of contract drafting and enforcement will undoubtedly change. Parties will be more careful about what they say and write, and courts will have to more liberally consider the weight of parol evidence.

Despite Riverisland‘s reversal of more than 75 years of legal precedent, however, its changes may not be quite as sweeping as one might expect. Courts have been finding ways to limit and skirt around Pendergrass since shortly after it was decided. Perhaps more importantly, the Riverisland Court noted that fraud remains difficult to prove even without the Pendergrasshurdle: “[T]he intent element of promissory fraud entails more than proof of an unkept promise or mere failure of performance … Proof of intent not to perform is required … [If] a plaintiff adduces no further evidence of fraudulent intent than proof of nonperformance of an oral promise, he will never reach a jury.”

The legal conclusion reached by the Riverisland Court is that fraud is difficult enough to prove on its own, and that any theoretical benefit of the Pendergrass limitation is therefore outweighed by its potential for abuse. The practical effect of Riverisland is that now, for the first time in more than 75 years, the factual circumstances surrounding an agreement may be just as important as the terms of the agreement itself.