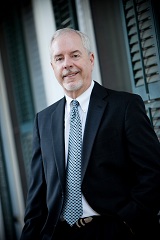 In a California San Bernardino Superior Court trial, Adrian Lambie and Barry Snyder successfully defended a cross-complaint for indemnity. The action was brought by a settling defendant, Amerigas Propane, against the firm’s client, a national motor carrier who we will refer to as NMC. Amerigas had paid the plaintiff husband (owner-operator for NMC) and wife in the underlying suit $3.225 million in settlement. At the time of the mediation, Snyder Law and its client refused to contribute anything to settlement. Amerigas, not satisfied with simply paying its way out of the plaintiffs’ suit, pursued a claim for indemnity.

Amerigas took the position that NMC failed to assure that the plaintiff driver knew how to secure flatbed cargo (here 280 gallon empty propane tanks), that NMC did not properly train plaintiff, and that there were numerous violations of the Federal Motor Carrier Safety Regulations (FMCSR) by NMC. A tank fell from the flatbed during unloading, severely injuring the plaintiff. NMC had earlier prevailed on a Motion for Summary Judgment, but that was overturned on appeal and remanded for this trial on the issues.

After a three day bench trial and extensive briefing, the trial judge found not only that NMC had not breached any duty to plaintiff but that there was no active conduct by NMC such that it would have independent negligence. The Court relied on Diaz v. Carcamo (2011) 51 Cal4th 1148, 126 Cal.Rptr.3d 443, in finding that any potential liability of NMC would be purely vicarious of the driver. (Click here for a detailed analysis of Diaz.) Because that aspect would have been considered in the original settlement with plaintiff, discounted for any comparative negligence of the plaintiff driver, Amerigas suffered no compensable loss. As importantly, the Court concluded that the Federal Motor Carrier Safety Regulations do not apply to the process or procedure of unloading once transit has been completed.